On Saturday November 12th 2022 Julian repeated his amazing marathon of the complete 32 Beethoven sonatas in a single day, which he last performed in London in October 2013. This”marathon” is Julian’s personal challenge to himself in advance of his 75th birthday, and six days later he repeated it in Uruguay on his actual birthday. The London venue is St John’s Church Waterloo.
Julian’s personal blog on the project is here
http://julianjacobson.com/blog 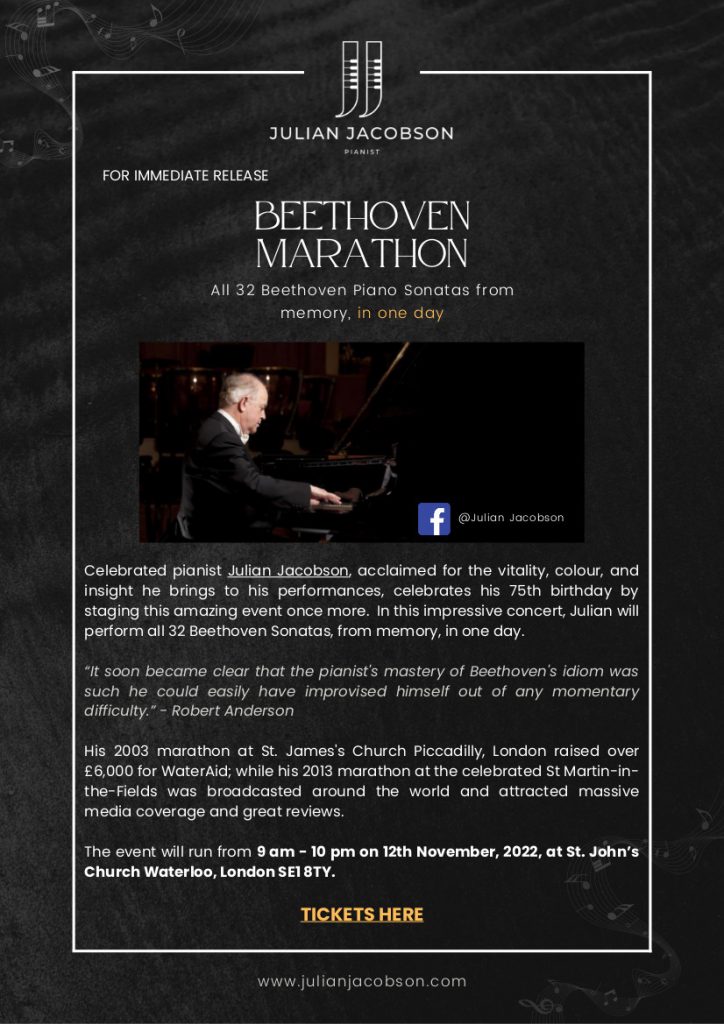 The performance was split into three sessions: morning, afternoon, and evening.

Julian has successfully accomplished his two marathon performances of the complete Beethoven sonatas from memory in London, November 12 2022, and Colonia del Sacramento Uruguay, November 18 – his 75th birthday!
This is the review of the Uruguay performance.
A highlight of the festival was Julian Jacobson’s Beethoven’s Marathon. A larger audience than expected, which grew to a full house in the evening, marveled at the expressive and technical clarity with which Mr. Jacobson dispatched all 32 Sonatas from memory. It was a masterclass in concentration and a brilliant demonstration of how to use one’s physical and emotional resources. The public, knowing they had experienced a once in a lifetime experience, gave him the loudest and longest ovation of the six day festival. 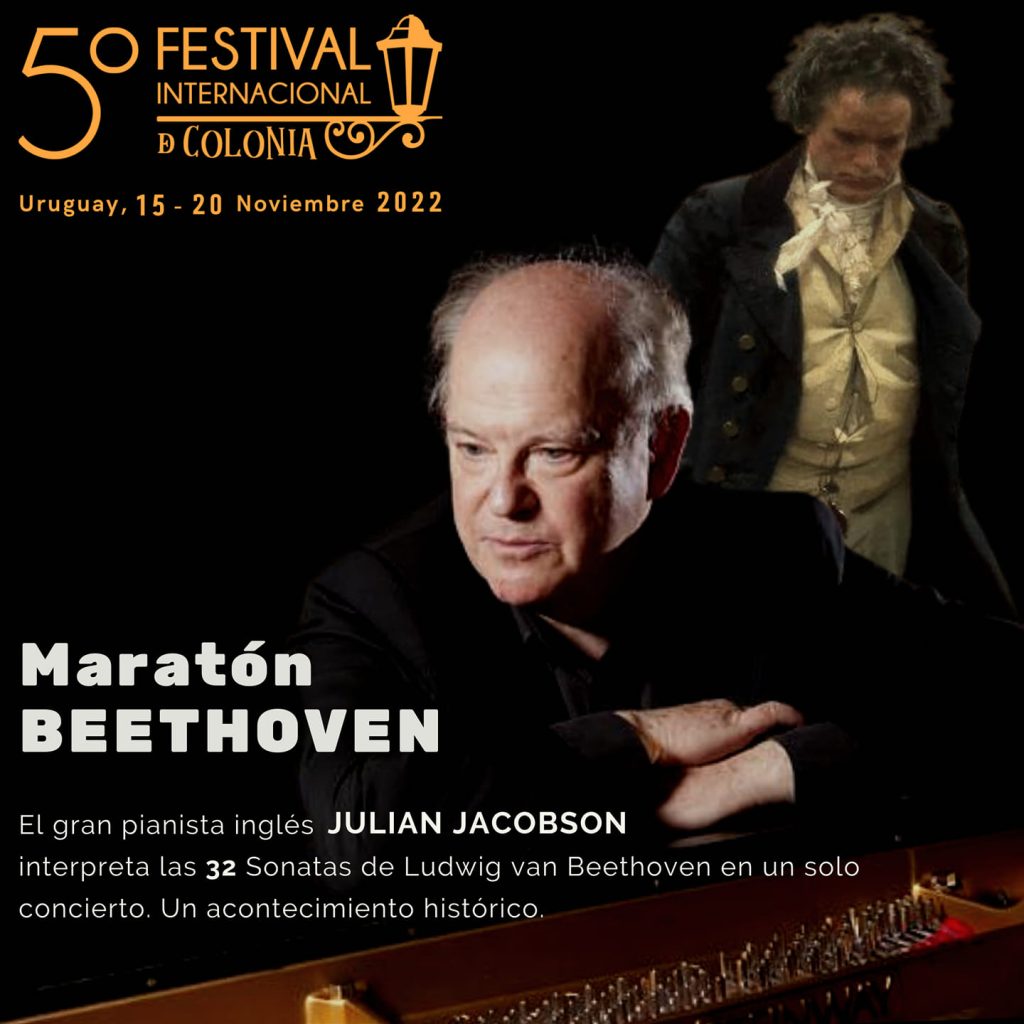 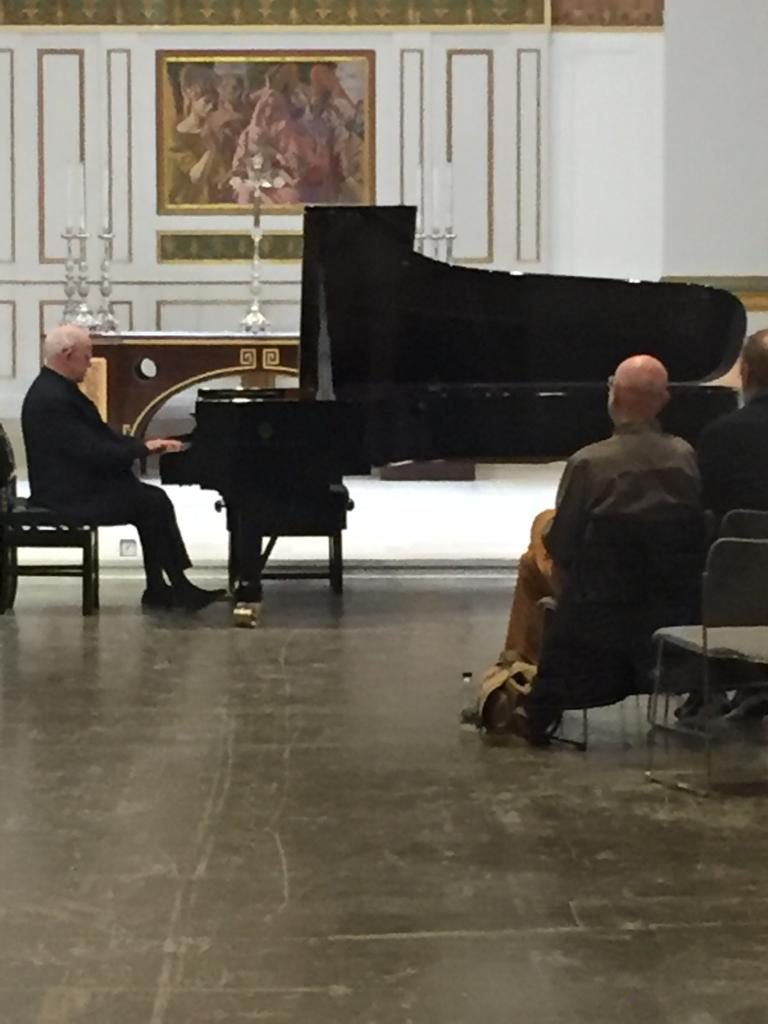 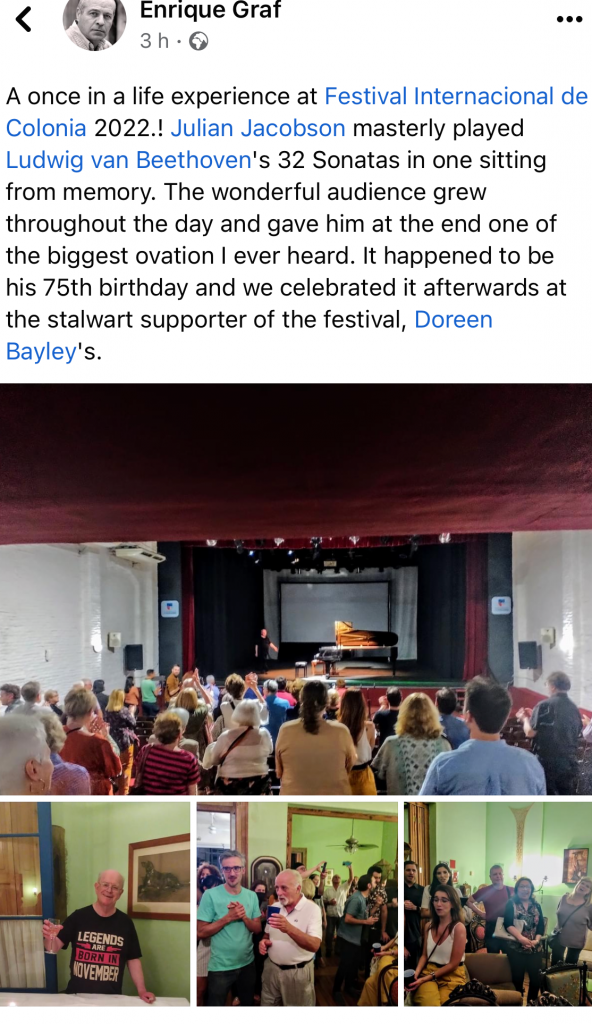 Liszt – Isolde’s Liebestod from Wagner’s Tristan und Isolde.
Immediately following the start of the first coronavirus lockdown, Julian determined to play a short piece every day, live from his studio in London. These “Lockdown Coffee Concerts” took place at 11 every morning from March 24 2020 till the beginning of May. The broadcasts aimed to bring a regular moment of relaxation and beauty at a very difficult time and acquired a substantial following.
Julian finished on a grand note with Liszt’s mighty transcription of Isolde’s Liebestod from Wagner’s Tristan und Isolde.

“…Real poise, delicacy of touch and judicious pedalling… stylish and enchanting…”
The Guardian

Recital in the South of France July 2019 – photo taken by Jeremy Cook. 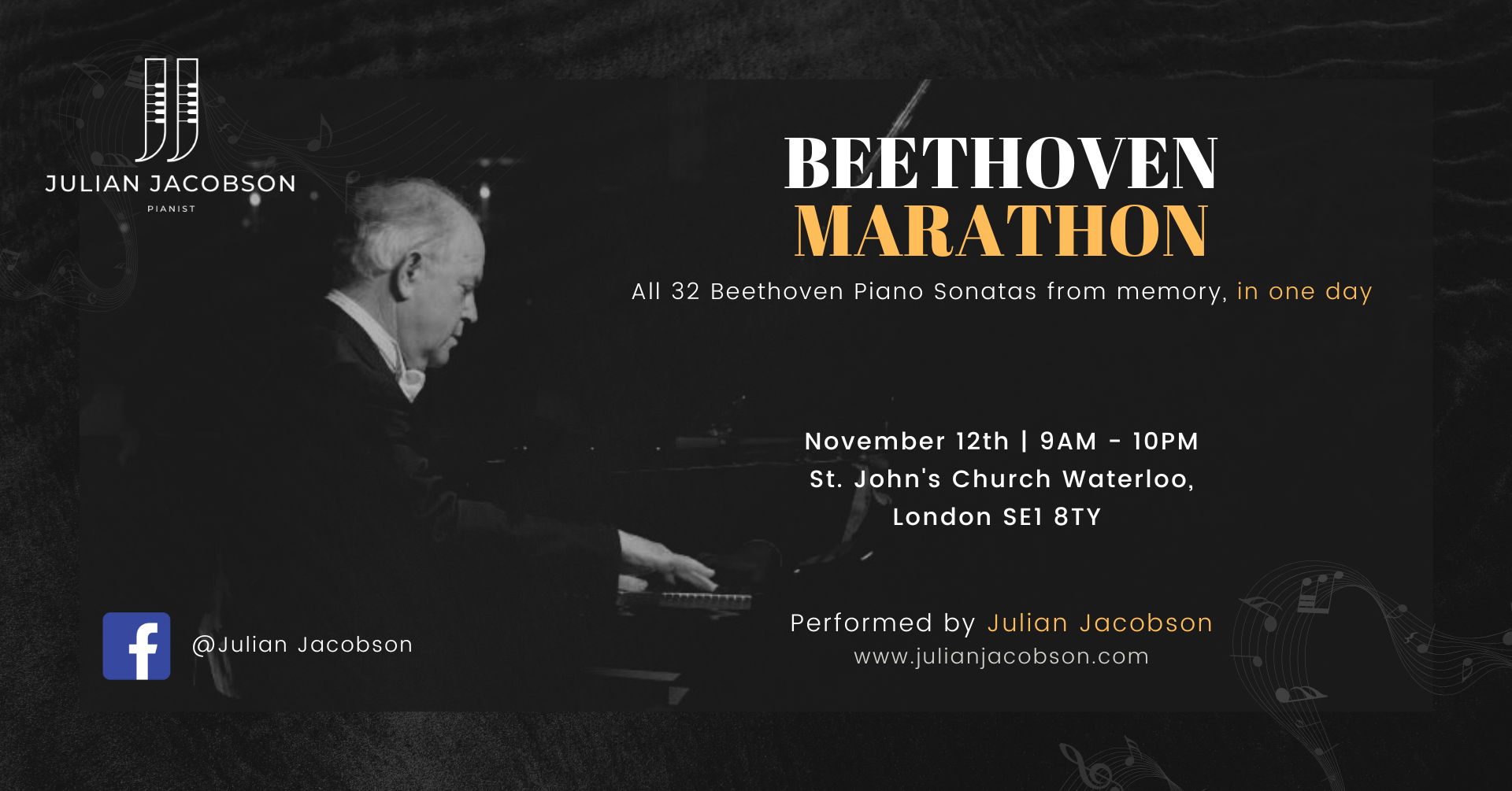